Share a memory
Obituary & Services
Tribute Wall
Read more about the life story of Dora and share your memory.

Funeral services for Dora Tafoya, 78, of Portales, will be held at 10:00 AM, Wed., Nov. 30, 2022 in the Wheeler Mortuary Chapel with Pastor Pete Jaramillo officiating.  Burial will follow in the Portales Cemetery with Jonathan Garcia, Bryan Tafoya, Estevan Tafoya, Krystian Hale, Ronnie D. Garcia and McKinzie Garcia serving as pallbearers.  All of her other grandchildren and her great-grandchildren will serve as honorary pallbearers.

Dora, “Gift of God”
Dora Tafoya was born February 5th, 1944 in Encino, NM to the home of Anna Maria “Anita” (Garcia) and Cayetano “C.A.” Lucero.  The family moved to Roosevelt county when she was very young. One of her favorite memories growing up was going door to door and proclaiming “Mis Crismes” and receiving treats during the Christmas holiday. Dora was a bit of a “Tom Boy” as a young girl and proud of it. Another story she often spoke of was how she threw the ball with such force that it made the boy's hand sting. Although, they would never admit and would turn their face to hide the pain . And boy could she hit that ball. Dora was always a hard worker. At an early age, she worked in the fields with her family and as she got older was a caregiver for the elderly, worked at the Casing Plant in Portales, NM, the Levi Factory in Clovis NM, and In 1983 she went to work as a custodian at ENMU Physical Plant. Later having advanced to be a supervisor, she retired after 27 years in 2010. On August 14th 1965, in Clovis, she married Raymond C. Tafoya.  Together they had three daughters and a son.  Dora attended Victory Life Church, she loved God and received Jesus as her Lord and Savior at a young age, and after having her own children she would always take them to church. Her greatest desire was for her family and others to know the Lord and this was also her family’s greatest inheritance.  The love of God was shown through her sweet, patient, kind, and gentle heart. One of her favorite sayings was “if you don’t have anything nice to say, don’t say anything at all”, which was passed down by her mother.
At home Dora enjoyed crocheting, and decorating her home, often with roosters, and cowboys.  She would often sketch faces while talking on the phone or sitting at the kitchen table. She loved listening to praise and worship music, singing, and worshiping the Lord. She also loved the sound of the accordion and the guitar and she even learned to play a few notes by ear. She would sing and dance with her grandchildren in the kitchen.  Her children and her grandchildren were one of her greatest joys.
She is survived by Raymond Tafoya, her husband of 57 years, four children, LaDonna Tafoya, Martha Garcia, Mark Tafoya and Grace Tafoya. Two sons-in-law Ronnie Garcia and Johnny Garcia, ten grandchildren; Bryan (Jessica) Tafoya, Calista Garcia, Ronnie D. Garcia, Rita Garcia; Johnathan (Sabrina) Garcia, Olivia (Hector) Garcia, Mckinzie Garcia; Estevan (Jay) Tafoya, Krystian (Eric) Hale, Daisy Tafoya; eleven great-grandchildren; Richard, Rael, Rianna, Ravae, Kameron, Casen, Sophia, Mateo, Liara,Charlotte, Nevaeh. A brother, David Antonio Lucero of Pflugerville, TX; four sisters, Priscilla Pena of Portales, Martha Sisneros of Amarillo,   Carmen Haines of Monks Corner, SC and Josie Villanueva of Portales; as well as a number of nieces and nephews. She was preceded in death by her parents, three
brothers, Querino, C. D. and Florentino Lucero and a granddaughter, Kimberly Ann Garcia who died as an infant.

To send flowers to the family or plant a tree in memory of Dora (Lucero) Tafoya, please visit our floral store. 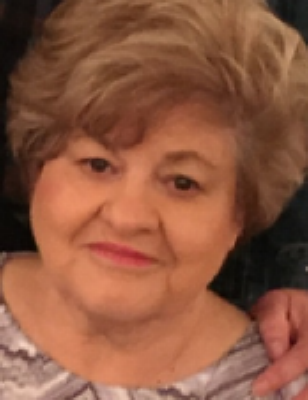