Share a memory
Obituary & Services
Tribute Wall
Read more about the life story of Earl and share your memory.

Earl James McKay was born Dec. 14, 1931 in Henrietta, OK to the home of Nellie (Bailey) and William Jefferson McKay, and died early on the morning of Nov. 10, 2022 in Portales, NM.  Buck, as he was known, was the son of migrant workers, and grew up in his early years moving from place to place in OK, NM, AZ and TX.  After settling in Portales, Buck worked at whatever he could find.  Sometimes he hauled hay, other times he worked on a farm or a dairy.  For several years, he made his living trading cars.  For approximately ten years, he owned and ran Buck’s Used Furniture.  Buck continued to work until he was 70.

On Nov. 28, 1960 in Muleshoe, TX he was married to his wife, Belva Cunningham.  The couple had four children together before they divorced.  For the last several years Buck spent a lot of time with his grandchildren, taking them to school and just being with them.  He could often be found spending time at the First United Methodist church.

He is survived by his former wife, Belva Oliphant of Terre Haute, IN; three sons, Billy McKay, Johnny McKay both of Portales and Brian Priddy and wife Bridget of Albuquerque, NM ; two daughters and a sons-in-law, Dorothy and Richard Neel of Martinsville, IN and Kristy and Ray Sheppard of Seminole, OK; nine grandchildren, Whitney, Jonathan, Austin, Jason, Linque, Ty, Matthew, Kiara and Bo; eight great-grandchildren; numerous nieces and nephews, and by his best friend, Doug Frank of Portales.  He was preceded in death by his parents, two brothers, Billy and Jack, four sisters, Earline, Lucille, Jewel and Loveta, a grandson, Dylan, and a son, Bucky McKay who died on Jan. 6, 1988.

To send flowers to the family or plant a tree in memory of Earl James "Buck" McKay, please visit our floral store. 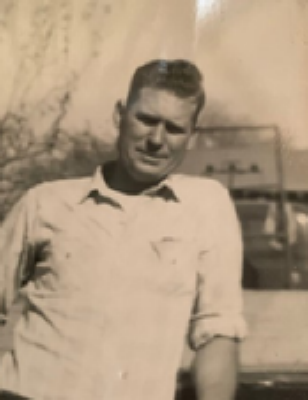