Share a memory
Obituary & Services
Tribute Wall
Read more about the life story of Evelyn and share your memory.

In lieu of flowers, the family request donations be made in honor of her grandson Garrett Dodson, to the A-T Children’s Project 6810 N. State Road 7, Suite 125, Coconut Creek, FL 33073

Evelyn (Boyles) Combs was born on July 4, 1937, in Portales, NM to Richard “Dick” Wilson Boyles and Margia Haynie Camden. She was the 13th child of 18 children and was the last surviving family member.

She attended school in Portales and graduated from Portales High School in 1956 with honors.  She lived most of her life in Portales until her health failed her and she had to move to Lubbock to be closer to her doctors.  She held various jobs throughout her lifetime until she attended Eastern New Mexico University and graduated with a B.A. in education.  She taught for 25 ½ years at Portales Jr. High School and retired in 1999. Her and George also built a family electrical business Combs Electrical & Mechanical and ran it for 52 years until they moved to Lubbock. After retiring from teaching, she continued to work for the family business.  She loved to read and liked watching football, especially liked rooting for her team the Dallas Cowboys. Her grandchildren and great-grandchildren were her pride and joy.  She was a lifetime member of Emmanuel Baptist Church.

She was preceded in death by her parents Dick and Margia Boyles, 10 sisters and 7 brothers.

To send flowers to the family or plant a tree in memory of Evelyn (Boyles) Combs, please visit our floral store.

Video is available for this event 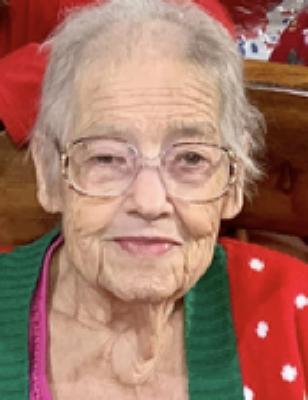