Share a memory
Obituary & Services
Tribute Wall
Read more about the life story of Faviana and share your memory.

Funeral services for Faviana Pettus, 73, of Albuquerque are pending and will be announced at a later date.

Faviana Frances Pettus was born Mar. 13, 1949, in Vaughn, NM to the home of Josefita (Bachicha) and Antonio Romaldo Gallegos, and died on Friday evening, Mar. 18, 2022 in Albuquerque.  Mrs. Pettus grew up in Encino and Vaughn, and moved to Albuquerque in the early 1970’s.  In 1983, she moved to Portales to make her home.  On Nov. 23, 1991 in Portales, she was married to Charles Pettus.  For several years she was employed as a Supervisor for Sodexo in food services for Eastern New Mexico University.  For enjoyment, she liked to work crossword puzzles.  At the holiday season she enjoyed baking her specialties.  She had a servant’s heart, and for some time she was a volunteer for Meals on Wheels.  She also had done some home care in conjunction with St. Helen Catholic Church.

She is survived by two daughters and sons-in-law, Jennifer and Raymond Ornelas of Albuquerque and Renee and Keith Wattenbarger of Clovis; seven grandchildren, Raymond Ornelas, Delyla Ornelas and her fiancé, Isaiah Pacheco; Lilee Ornelas and her companion, Christina Jones, Daniel (Casey) Wattenbarger, Elijah Wattenbarger, Trinity Wattenbarger and Athia Wattenbarger; four great-grandchildren, Mateo Gutierrez, Maleeya Ornelas, Delaiah Pacheco, Easton Wattenbarger and Jaxson Ornelas; two brothers and sisters-in-law, Antonio and Estelle Gallegos and Victor and Lori Gallegos both of Albuquerque; and four sisters and a brother-in-law, Mary Jarecki of Folly Beach, SC, Joanne Gallegos of Las Cruces, NM, Bernadette Gallegos and Emily and Anthony Montano of Albuquerque.  She was preceded in death by her parents, a brother, Estevan Gallegos and by her husband, Charles Pettus who died Aug. 2, 2016.

To send flowers to the family or plant a tree in memory of Faviana Frances (Gallegos) Pettus, please visit our floral store. 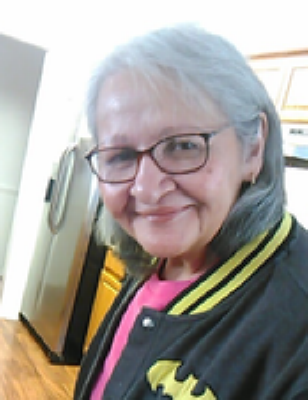 You can still show your support by sending flowers directly to the family, or by planting a memorial tree in the memory of Faviana Frances (Gallegos) Pettus