Share a memory
Obituary & Services
Tribute Wall
Read more about the life story of Lewis and share your memory.

Funeral services for Lewis Reeves, 74, of Portales, will be held at 10:00 A.M., Thursday, January 26, 2023, at A Little Old A Little New with John Forest officiating.  Burial will follow in the Portales Cemetery.

Lewis Tilmon Reeves was born on the 8th of September, 1948 in Portales, NM to Chester O.B. and Maxcine (Archer) Reeves. Lewis grew up in Portales along with his older sister, Joyce (Ward), and younger brothers, Raymond, Dickey, and Paul. He graduated from Portales High School in 1966. After graduation he joined the United States Navy, and served during the Vietnam Conflict.

After leaving the Navy, he met his wife, Cheryl (Jones) of Portales marrying May 16, 1975 at the home of Retha Jones in Portales. In February of 1980 their first son, Jared was born. Josh was born a few years later in November of 1983, and Chelsea came along in July 1985 completing their family.

Lewis lived in Portales his whole life except for his time in the Navy and for a short time in the early 80’s when he and his family lived in Hobbs, NM.

After his time in the Navy, he worked as a carpenter, and was a member of the Carpenter’s Union 1245. Later in his career he was able to contribute to his hometown after being hired as Building Supervisor, managing the construction of Portales Fire Station #1 and Valencia Elementary, ending his career as Physical Plant Director at Eastern New Mexico University in 2010.

Lewis coached his kids’ various sports teams, especially his traveling soccer team the “Goal Diggers”, several of whom are serving as his pallbearers today.

Lewis enjoyed playing golf and working in his yard while he was able. After retirement, shooting sports and reloading became a favorite past-time of his. He liked watching all sports, and especially liked rooting for any team playing the Dallas Cowboys. However, his most favorite past-time was spending time with his grandchildren of which he had 7, 6 girls and 1 boy. Lewis was always ready to take a grandkid on a walk around the restaurant whenever they got restless, and loved watching their various activities.

Lewis passed from this life on Saturday, January 21, 2023, in his home with his family surrounding him. He is preceded in death by his parents, Chester and Maxcine Reeves, and brother Dickey Reeves.

The Family would like to extend their extreme gratitude to Gentiva Hospice for their excellent care and services during this difficult time.

To send flowers to the family or plant a tree in memory of Lewis Reeves, please visit our floral store. 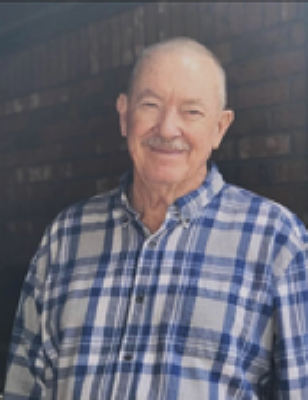