Share a memory
Obituary & Services
Tribute Wall
Read more about the life story of Mabeth and share your memory.

Funeral services for Mabeth Bradshaw, 100, will be held at 10:00 A.M., Wednesday, November 16, 2022, at First Baptist Church with Rev. Phillip Smith officiating.  Burial will follow in the Portales Cemetery.  Visitation for family and friends will be on Tuesday from 6:00 to 7:30 P.M. at Wheeler Mortuary.

Mabeth (Wise) Bradshaw was born on September 10, 1922, in Melrose, New Mexico to the home of Emily (Wallace) and James Ezekiel Wise and peacefully passed from this life to her eternal home on Friday, November 11, 2022, at Wheatfield’s Assisted Living in Clovis, New Mexico.  She had met her goal of living to the age of 100 years.

Mabeth lived her early years in Taiban, New Mexico and the family moved to Portales where she graduated from Portales High School in 1939.  Growing up, she worked on the family farm and helped manage the family’s “milk store” in town.  After a year and a half attending Eastern New Mexico Junior College, Mabeth and a friend moved to California.  Their goal was to work in an airplane factory.  As Mabeth discovered, “I was not qualified to build airplanes” and she took a job waiting tables.  During this period, Mabeth met and married Arthur E. Brown on July 13, 1942.  Arthur went into the U.S. Army six weeks later.  When he was discharged, Arthur became an artist and photographer in California, Houston and Corpus Christi and was assisted by Mabeth.

When Arthur passed away in February of 1976, Mabeth returned to Portales.  Mutual friends introduced her to a handsome man named Glen Bradshaw and they were married on July 17, 1980.  They bought a home next door to Mabeth’s father and step mother and never left Portales.  She resumed her career as a photographer and specialized in preparing church membership books for their congregations.

Mabeth loved animals from her earliest years on the family farm.  That love never died, and she and Glen established an animal shelter, perhaps the first one in Portales.  This was strictly a labor of love; they volunteered their time and funded the shelter mainly with their own money.  Mabeth and Glen continued to house dogs and cats until they moved to Wheatfield’s in 2019.  Happily, they were able to keep Molly, their beloved dog at the facility.

Mabeth truly had a full life. She enjoyed collecting antiques, watercolor painting, and reading Christian literature and art books.  Mabeth and Glen travelled some, and she always was delighted when her friends and family would visit.  Mabeth and Glen were both strong Christians and longtime members of the Portales First Baptist Church. They were deeply involved in most aspects of the church, teaching Sunday School, working in committees and unknowingly serving as a model Christian couple for younger members of the church.

The family would also like to thank the staff of Wheatfield’s Assisted Living for their loving care of Mabeth for the past two years.

To send flowers to the family or plant a tree in memory of Mabeth Bradshaw, please visit our floral store.

Video is available for this event 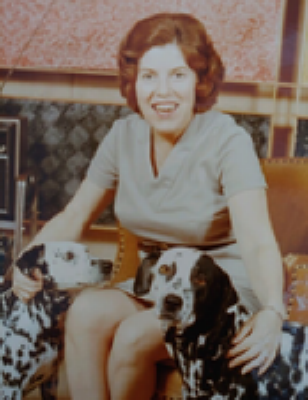