Share a memory
Obituary & Services
Tribute Wall
Read more about the life story of Richard and share your memory.

Richard Don Baldridge will be laid to rest by his Great Grandfather, John Thomas Gerber, at the Wheatland Cemetery, near Grady, N.M. Graveside services will be Tuesday, November 29, 2022 at 2:30 PM.  Jason Davis, Ethan Davis, John Bilberry, Sean Bilberry, Colton Baldridge, Dalton Baldridge, Jaxon Whitehead and Jentry Whitehead will serve as honorary pallbearers.  Those desiring to make memorial contributions may send them to either Cal Farley's Boys' Ranch, 600 W 11th Ave, Amarillo, TX 79101 or to the charity of your choice.

Richard Don Baldridge was born on May 31, 1947, to Edwin (Ed) Lee and Bettie Gene (Gerber) Baldridge in Clovis, NM, and died Nov. 9, 2022. He grew up on the family farm and ranch on the Frio Draw north of Clovis. He attended Rosedale School for grades 1- 4. When Rosedale Schools consolidated with Texico and Grady Schools he moved to Texico Schools where he graduated in 1965. Growing up he was called by his middle name, Don, or by his nickname, Butch.

After graduation he went to work for the AT&SF Railroad as a switchman until he enlisted in the U.S. Navy. He served aboard a major communications ship, the USS Arlington, off the coast of Vietnam most of his time in the Navy. When he returned home, he went back to work for the railroad and that became his lifelong career. In the Navy he had become accustomed to being addressed by his first name, so he gave up his childhood names and became Richard when he came home.

April 15, 1973, he married Lorita Rinehart in Hobbs, NM. They had two children. Donnie Lee born in 1974 and LaRonda Shay, who was born in 1976. They divorced and in 1985 Richard married Donna Fields Petree. Donna had two children Kerre and Beckie that he helped raise.  They lived in the Broadview/Grady community and the children went to school in Grady.  Richard and Donna divorced in 1994. In 2000 he married Janet Routson but they divorced a few years later.

Richard loved growing up on a farm & ranch. He always had a horse to ride, lots of pets (including a sheep named Bumstead) and the livestock to tend. As an adult his love of animals continued and he raised horses, cattle, chickens, ducks, a couple of goats, llamas, mules, and lots of dogs and cats. In his later years he became the unofficial animal rescue for his community taking in and loving many stray animals that folks found.

He is survived by his children Donnie (Lindsey) Baldridge of Lubbock, TX, and Shay (Doug) Whitehead of Flower Mound, TX; grandchildren Colton and Dalton Baldridge and Jaxon and Jentry Whitehead; his sisters Dianne (George) Davis of Clovis, NM and Debra (Monty) Bilberry of White Rock, NM. He is also survived by his nephews; Jason and Ethan Davis; John and Sean (Roberta) Bilberry.

He was preceded by his parents Ed (Norene) Baldridge and Bettie (W. F.) Miller, Jr. Also, by his grandparents T.E. and Montie Baldridge and N. D. and Sadie Gerber.

The family would like to thank Elmer White and Russell Ferguson for the friendship and care they gave Richard during the last few years.

To send flowers to the family or plant a tree in memory of Richard Don Baldridge, please visit our floral store. 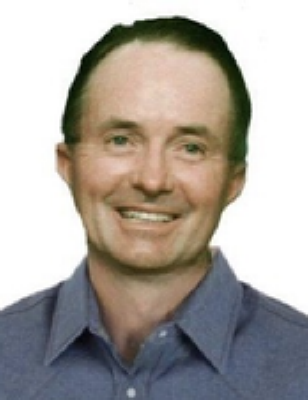